Message given by Levi Velasco at Accelerate!GLINTS Fundraising Event

As people of the Scriptures let me read to you the text I chose for tonight. It is found in 1Corinthians 3:18-19

18Do not deceive yourselves. If any one of you thinks he is wise by the standards of this age, he should become a “fool” so that he may become wise. 19For the wisdom of this world is foolishness in God’s sight. (NIV84)

I am so happy to see you all here. I have had such a wonderful time but as the saying goes all good things must come to an end. Thank you for coming and supporting our event. As all of us have enjoyed a great time, there have been recent events which cause me to pause and think about how I live my life.

In recent days, an American missionary, John Allen Chau, was reported to be killed by tribesmen on North Sentinel Island which is part of India, 820 miles east of Chennai. It is a remote place where Christianity has not taken root. John’s goal was to live among the locals, share Jesus and translate the Bible into their language – a skill he developed through his training with Wycliffe Bible Translators. Sadly, this secluded people group has been known to be hostile towards outsiders, missionaries or not.

John consistently wrote in his journal.  His last entry was November 16, a day before he was killed by tribesmen using bows and arrows. That same day he narrowly escaped death, having been saved by his Bible, which shielded him when it was struck by an arrow. John knew he might lose his life trying to reach the Sentinelese, but he was unfazed. He attempted to engage the people on November 17th, only to be felled by the tribesmen’s arrows.

For those of us who possess a personal relationship with Jesus Christ, we understand the meaning of such terms as conversion, conviction and the call of God upon our lives. Sometimes family members and close friends don’t fully comprehend or pledge support when they see those who rise to the call.  Yet, God provides the encouragement and direction to those who obey, and blesses those who support.

As Diane and I prepared to volunteer as disaster relief workers in Japan after the triple disasters of 2011, some friends and relatives “scratched their heads” not understanding why we would go. They asked questions such as, “How are you going to survive, you don’t even know the language; or, isn’t Japan full of radiation? You have kids and grandkids here, so why would you risk going?”

We went to Japan for the same reason John Allen Chau went to North Sentinel – the conviction that God’s call was stronger than the disadvantages, discomfort and difficulties we would encounter. The world might call us fools, but the Bible tells me there is eternal reward for a fool for Christ, and deep regret for those who choose to disobey Him.

I suspect there a few of you who would be willing to be a fool for Christ. Like John, you’ve already experienced being sent somewhere to minister. Even tonight, you may feel God is calling you to leave everything and follow Him wherever He may lead.

Tonight, He may be calling some of you to give like you’ve never given before. May your ears and hearts be fully open to His promptings, whatever they might be for you.  And may the indescribable peace God gives when we say “Yes” to Him carry you above any concerns that may try to rob its landing in your soul. 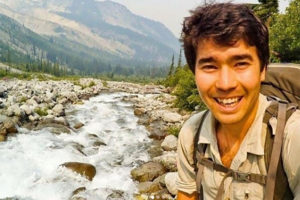